The Western North Region is one of the six new regions of Ghana created in 2019. The region is bounded by the Ivory Coast (Comoé District) on the west, the Central region in the southeast, and the Ashanti, Ahafo, Bono East and Bono regions in the north.

The Western North Region has the highest rainfall in Ghana, lush green hills, and fertile soils. There are numerous small and large-scale gold mines companies in the region. The ethnic culture of the region is dominated by the Sefwis. The main languages spoken are Sefwi, Akan, French and English.

History
The Western North Region of Ghana is a new region carved out of the existing Western Region of Ghana. This creation of this new region was in fulfillment of a promise made by the New Patriotic Party prior to the 2016 Ghana general election. Upon winning the elections, the President, Nana Akuffo Addo created the Ministry of Regional Reorganization to oversee policy formulation and implementation. In all, six new regions were created from the existing ten regions of Ghana. The other new regions are Bono East, Ahafo, Savannah, North East, and Oti regions.

Administrative divisions
The political administration of the region is through the local government system. Under this administration system, the region is divided into nine MMDA’s (made up of 0 Metropolitan, 3 Municipal and 6 Ordinary Assemblies).
Each District, Municipal or Metropolitan Assembly, is administered by a Chief Executive, representing the central government but deriving authority from an Assembly headed by a presiding member elected from among the members themselves. The current list is as follows: 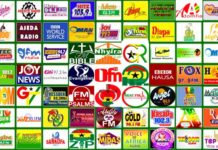