He made the comments ahead of the presentation of the 2022 budget. He said: “Well, I do not think many Ghanaians take my senior brother, Dr. Bawumia seriously anymore and so whatever he says I do not think people take him seriously, the dollar is now a fugitive, and cedi has lost its value tremendously and we’ve never experienced this.” Read the full story originally published on November 15, 2021 by GhanaWeb • The Tamale Central MP wants government to show more action rather than words • Murtala Mohammed bemoans the increasing cost of living

Member of Parliament for Tamale Central, Ibrahim Murtala Mohammed has taken a swipe at Vice President Dr. Mahamudu Bawumia over his credibility. According to the lawmaker, the Ghanaian populace does not pay credence to the Vice President as he is all about just using big jargon with little to nothing to show for it. In an interaction with GhanaWeb ahead of the 2022 budget statement, the Tamale Central MP said, “Nothing positive will come out of the budget, this country is on its knees and this country is heading for disaster which is very clear. The finance minister will come and tell us economic jargon but what is important to the ordinary is a direct reflection of those long speeches. The conditions of life, petrol prices have increase umpteenth times and we’ve never experienced this and now the cedi is now a fugitive to the dollar.” He further made reference to Dr. Bawumia’s past comments on the rate of borrowing, the cedi’s performance under the erstwhile John Dramani Mahama administration. 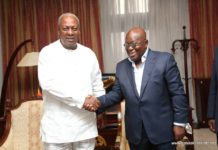 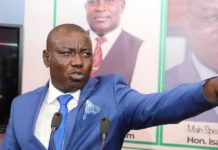 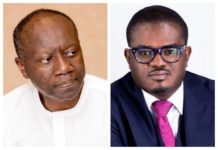