The bars and stands around Paris’ Stade de France, the venue for Saturday’s Champions League final, have certainly nailed their colors to the mast.

Walk past some and you could hear Liverpool’s famous anthem, ‘You’ll Never Walk Alone,’ blaring from outdoor speakers. Others had opted for Real Madrid’s spine-tingling ‘Hala Madrid y nada más.’

Thursday evening in the French capital had been somewhat quiet; certainly it would have been hard to guess than European football’s showpiece event, moved from St. Petersburg follow Russia’s invasion of Ukraine, would be taking place on Saturday.

HOW TO WATCH – Liverpool vs Real Madrid or Listen

Come Friday morning, however, it was a completely different story. Hundreds — if not more — fans of both sides started arriving and began filtering through the city.

Some ended up in bars and pubs, others made a beeline for the Stade de France on the outskirts of the city, already keen to take in the atmosphere ahead of what promises to be a memorable final.

This, after all, is a rematch of 2018. Real got the better of Liverpool that day thanks largely to Gareth Bale’s sublime overhead kick, perhaps the greatest goal to ever grace a Champions League final.

Liverpool, though, was left with a sense of what might have been following Mo Salah’s early exit due to an injury caused by Sergio Ramos. You can call it revenge or, as Salah put it in the aftermath of Real’s semifinal comeback against Manchester City, there is a “score to settle.”

On paper, it would be hard to argue that Liverpool boasts the better team, both individually and collectively — but Real’s run to the final has been as improbable as it has been entertaining.

Three comeback wins in successive rounds, against Paris Saint-Germain, Chelsea and then Manchester City, have given this team — which has won the European Cup 13 times — an aura of invincibility in this competition. In an attempt to offer an explanation, Real defender Nacho simply said there was “magic” at the Bernabeu on nights such as those.

It remains to be seen whether that magic can be bottled up and transported from Madrid to Paris for Saturday’s final, but it seems to have given fans an unshakable confidence ahead of the match.

“3-0 Madrid!” shouted one boisterous group of supporters when asked for their score predictions outside the stadium. “A Benzema hat-trick.”

‘They know the way to win’
Claude Makelele, the former Real star and one of the most iconic midfielders of all time, is decidedly less confident.

Having won the Champions League with Los Blancos in 2002, narrowly beating Bayer Leverkusen 2-1, he knows these finals don’t often unfold in the way many predict.

Makelele admits his allegiances lie with Real on Saturday, but has been enthralled by the football Jürgen Klopp’s team has played.

“They’ve made it to the final playing the way they want to play, that they have shown for the last three years,” Makelele told CNN. “Coming back to the final again, it will be a different Liverpool [to the team that lost to Real in 2018] I’m sure, 100%.

“But it will also be a different Madrid. Now they play in a different way; possession, transition … I think it will be very interesting. Liverpool are maybe small favorites but I believe with Madrid, they always play finals, they always know the way to play finals and win.

“The team will be [most important] for both, they’re not just individuals attacking and defending; both teams are teams, from attackers to midfielders and defenders. Both teams have great balance — for me it’s 50/50, it’s tough to pick a winner.”

Real players, too, know exactly what lies before them.
Speaking to CNN earlier this week, forward Rodrygo said playing against Liverpool in the final is “the hardest” test this team has faced in the Champions League this season.

“If they are in the Champions League final now it is because they are the most difficult,” he said. “We’ve been through Paris [Saint-Germain], Chelsea and yes, they’re great teams, but Liverpool is also there, it’s a great team.

“I didn’t want to play against Liverpool, but now we have to play them and we know it’s going to be difficult.”

‘Always be ready’
Real had Rodrygo to thank for helping it snatch victory from the jaws of defeat against Manchester City in the semifinal.

With the team trailing 5-3 on aggregate, manager Carlo Ancelotti brought the Brazilian off the bench with just over 20 minutes remaining and he went on to change the game completely.

Two goals, one either side of the 90 minute mark, ensured the game went to extra time, where a Karim Benzema penalty secured Real’s passage through to the final in Paris.

Ancelotti perhaps may not have the reputation for being a tactical mastermind that Klopp or Manchester City manager Pep Guardiola do, but Rodrygo says the camaraderie Real’s coach has built within the squad is truly unique.

The 21-year-old insists there will be no sulking from the players who are not selected to start on Saturday.

“I always try to give my best, starting or coming on later,” Rodrygo explains. “I think we have a very good group, everyone is very focused and we know that if we start the match or come on, we have to help the team, we have to help Real Madrid.

“I think the coach is making it a little easier because we have players who are very close friends, we’re friends too and this helps a lot. The times that whichever player enters, the opponent is already a little more tired.

“There the substitute has more space and that’s where the player who entered later can decide the match — that’s what happened with me in the other knockout rounds. We know how important the whole team is, those that start the match and those that come on later, and we all have to always be ready.”

Like Makelele in the past, Rodrygo will be hoping to etch his name into Real history and while the former French international knows the joys of winning a Champions League final, he has also experienced the heartbreak of defeat.

The Frenchman was part of the Chelsea team that lost to Manchester United in 2008 and still vividly recalls the feeling from that night in Moscow.

“When you win, you don’t understand [what you have achieved] until the day after,” he said. “When you lose, you understand straight away. This is the difference between winning and losing.” 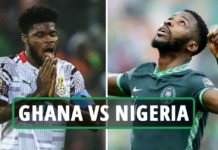