Reality star, Chichi has slammed people who judge her for being an exotic dancer.

Speaking in an interview with Punch, the BBNaija season 7 star, noted that people in that line of work are usually looked down upon in Nigeria. According to her, she is the most judged stripper, as people see exotic dancers as lesser humans in our part of the world. “I think I am the most judged stripper. When I was a stripper, (I don’t strip anymore), people often came to me for help and at the same time, they would judge me. They did not see us as human beings. Stripping is actually a profession but in my father’s land (Nigeria), it is not seen as one. It was really hard because people were so judgmental.

“Because of that, I cannot talk in public. And, that is why I am uptight; I don’t like expressing myself. Whenever I talk, people are quick to throw ‘shades’ at me, saying what do I know since I’m just a stripper. They feel we (strippers) can do anything for money,” she said. Chichi also expressed her disappointment at brands offering her N5 million for a one-year influencing contract. The exotic dancer turned reality TV star and brand influencer, recently made the news after her rate card went viral. She stated how some brands come to her with low offers for a yearlong contract. 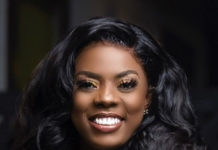 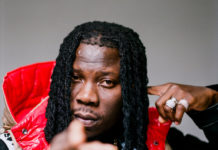